The financial aid, according to another source at UCA, would assist several riders in fine-tuning their skills in the sport.

Kaala – a member of Rev. Enock Semambo’s Kampala City Cycling Club was part of the 2019 Anoca Games in 2019 in Rwanda, together with John Odoto, Willy Kato and Enock Musasizi.

Kaala has since posted an outstanding performance – winning two races despite joining late due to travel restrictions.

In quite a similar development, Uganda’s women team is preparing for an invitational cycling tour in Burundi – slated for November 22 – 28, 2021, which event, according to Ssembatya require at least Ugx10m.

“UCA is looking for 30m to finance the team of seven women to take part in the Tour du Burundi….it’s an event the country has to honour because Uganda is the defending champion,” noted Ssembatya.

For any top track and field athlete, the dream is participating at the Olympics and winning a medal. It is there that they get their ultimate fulfillment, and Joshua Cheptegei is not any different. On Friday 6th August in Tokyo, Cheptegei realized his longtime dream of an Olympic gold medal, when he won the 5000 […]

By Muhammad M. Dhakaba Physical confusion marred The She Cranes’ team planned departure for this year’s Africa Netball Cup in Cape Town, South Africa as players and officials assembled at the National Council of Sports – NCS, Lugogo for a flag-off ceremony. The send-off function that had been planned for 10:00am, failed to take-off until […] 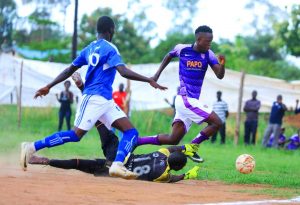